In tough economic times, the grip on production costs tightens and manufacturers may be tempted to cut costs. However, opting for less expensive consumables for coders and thermal transfer printers won’t save you money in the long run.

According to Brandon Pearce, Pyrotec PackMark’s general manager, tried-and-tested, specifically-designed consumables may cost a little more in the short term, but long-term savings should not be overlooked.

The negative effect of ‘generics’

‘The harmful effect of “grey” consumables will cost companies more money down the line as expensive printer parts become damaged, specifically in the case of Markem-Imaje’s Thermal Transfer Ribbon consumables. Generic consumables harm the lifespan of the printer and printheads, forcing customers to replace expensive parts at costs far outweighing the savings made by using cheaper alternatives,’ Brandon warns.

There are distinct advantages to using the correct consumables, especially with bigger capital investment equipment such as large printers.

At Markem-Imaje, consumables are specially developed for their intended purpose for a specific machine. An example Brandon provides are ribbons for Markem-Imaje’s Thermal Transfer Printers. ‘They have precise release layers and a back coating that matches the Markem-Imaje machine’s printheads. A poor-quality back coating can cause premature printhead wear and damage, as well as machine malfunction from static build-up,’ Brandon points out.

Markem-Imaje consumables are extensively tested using ISO standards and are put through strict inspection criteria to ensure you receive the highest quality products. ‘Using cheaper alternatives negates the terms of the printer’s warranty – when something goes wrong, and it often does, you are left with a hefty repair bill that could have been avoided,’ Brandon cautions.

Markem-Imaje’s products offer complete synergy between printers and consumables – new models are never created without considering the consumables needed to optimise their performance. ‘This approach guarantees the long-term reliability of coders, as well as the quality and resistance of codes,’ Brandon concludes. 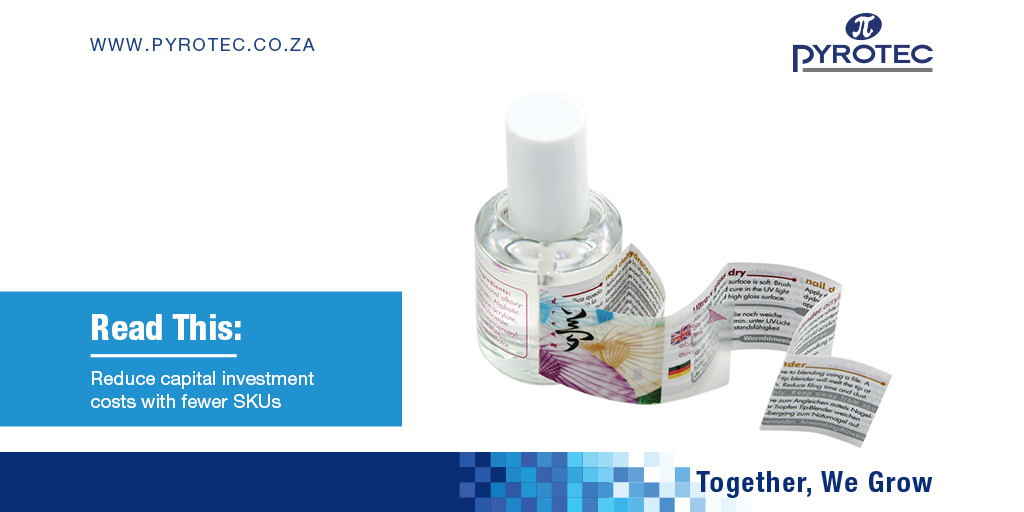 Growing your brand without breaking the bank

Service and Value: How Pyrotec Does It

Any cookies that may not be particularly necessary for the website to function and is used specifically to collect user personal data via analytics, ads, other embedded contents are termed as non-necessary cookies. It is mandatory to procure user consent prior to running these cookies on your website.